Yazd is an ancient word that refers to "Yasht", "Yasen" or "Yazt" and is close to the concepts of worship. Yazd province's land of Qanats and Windmill is over 3,000 years old with scattered ancient remains around it such as the inscriptions of Mount Ernan, the carved pottery of Narin-e-Meybod, and the architectural works found there. Yazd is a province in central Iran with north of Khorasan Razavi, northwest with Semnan, west with Isfahan, east with south Khorasan, south, and southwest with Fars and neighboring east and southeast with Kerman. The dry land of the province has made agriculture possible only in some parts. Some of the province's products are pomegranate, pistachio, cereal, cotton, sugar beet, sesame, and date. Yazd province has some special animal species, which makes a considerable part of this province dedicated to protected areas. Iranian Grave, Caracal, Bozmaje, belly bug, and Asian cheetah live in the area. Situated on the global dry belt, the province has dry, warm, long summers and cold, almost humid winters. From early March to early May, when the weather is mild, it is a good time to travel to cities in the province. Yazd city is the capital of Yazd province and lies in a wide dry arid valley between the Shirkuh and Kharang Mountains. This city is bounded on the north by Ardakan city, on the east by Bafq city, on the south by Taft city and on the west by Isfahan province. The city has been expanding since the fifth century and the Atabaks have played a significant part in the city's development. Most scholars in the seventh and eighth centuries made the city the center of their activity to guard against the Mongol invasion. 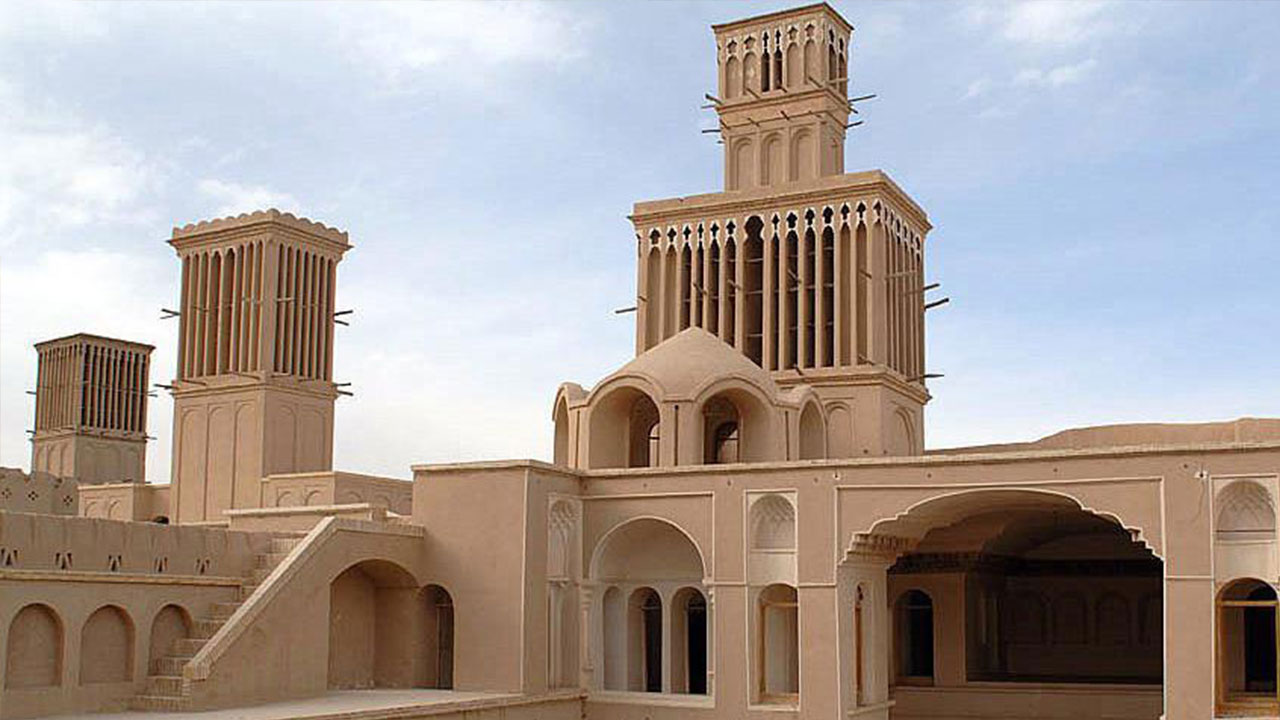 The city has many tourist attractions, the most important of which are the Kabir Yazd Mosque, Fahraj Jame Mosque, Sayed Rakneddin Monument, Dolatabad Garden Complex, Takeyeh and Amir Chakhmaq Mosque, Six Windsor Warehouse, Fire Temple and Tower. And the old barrow, and so on. Yazd, this unique clay city in the world, has many attractions, among which are some examples to visit on your trip to Yazd:

If you haven't seen it before, you probably know its name, it's actually a complex of mosques, water storage and markets. One of the most prominent of these attractions is the relic of tall minarets that remain as the most authentic part of the city. The square dates back to the ninth century AH and the time of the Timurid rule and was built by a person of the same name Amir Jalaluddin Chakhmaq. Amirchachmaq Square or in the dialect of Yazd people Mirchakhmagh is a local gathering place for Yazd people. 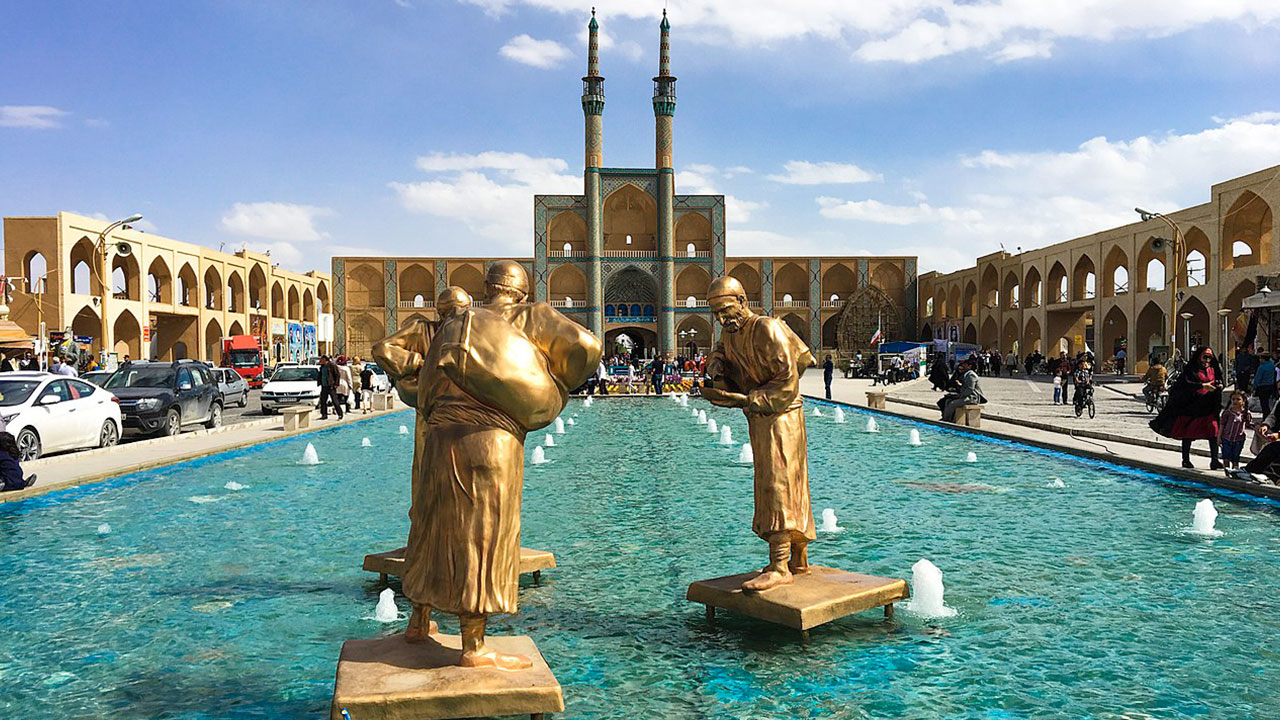 This mosque dates back to the Sassanid era and is known for its infinitely beautiful tiles and its extraordinary architecture. Yazd's Jame Mosque is one of the masterpieces of Iranian architectural art that stands out in the heart of the Iranian desert in Yazd province and is one of the many tourist destinations that many travelers from inside and outside choose to visit in Yazd. The mosque was built over 100 years over three periods and was one of the main foundations of the Sassanid government. What makes this mosque stand apart from other mosques in Iran is its dome layout, its tall and lofty porch as well as its unique tile that captivates every eye.

The Whetham Fire, which is known as the Bahram Fire, is a place for the sacred fire of Zoroastrianism and a sanctuary for Zoroastrians. The fire inside this place has been lit for 1500 years and its visitors can see the fire from behind the glass where the fire is located. 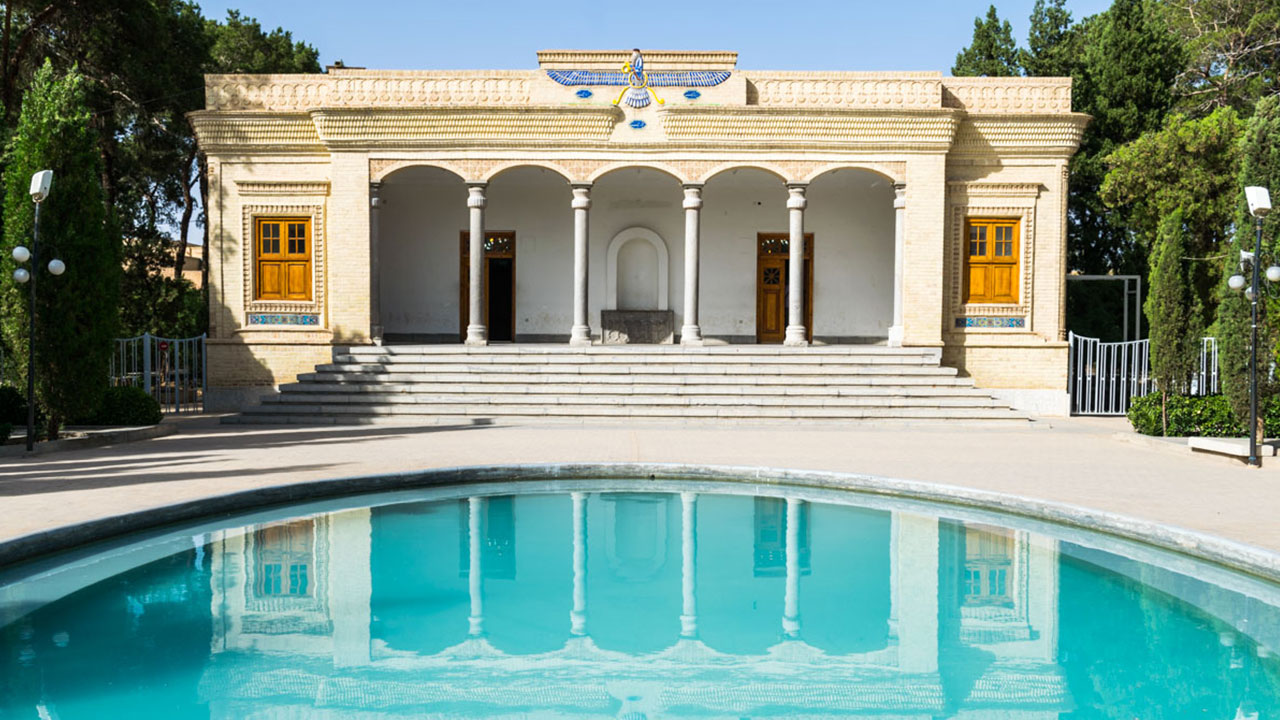 The city houses many historic houses, the most famous of which is the historic Larry House, a 13th-century house which has been around for 150 years. In the past, about 270 years ago Larry’s came from Fars to Yazd for trading and settled in this place. Larry 's house with Mirrors about fifty or sixty years old, Displays its beauty. This house has been listed in the National Archives of Iran in 1996. 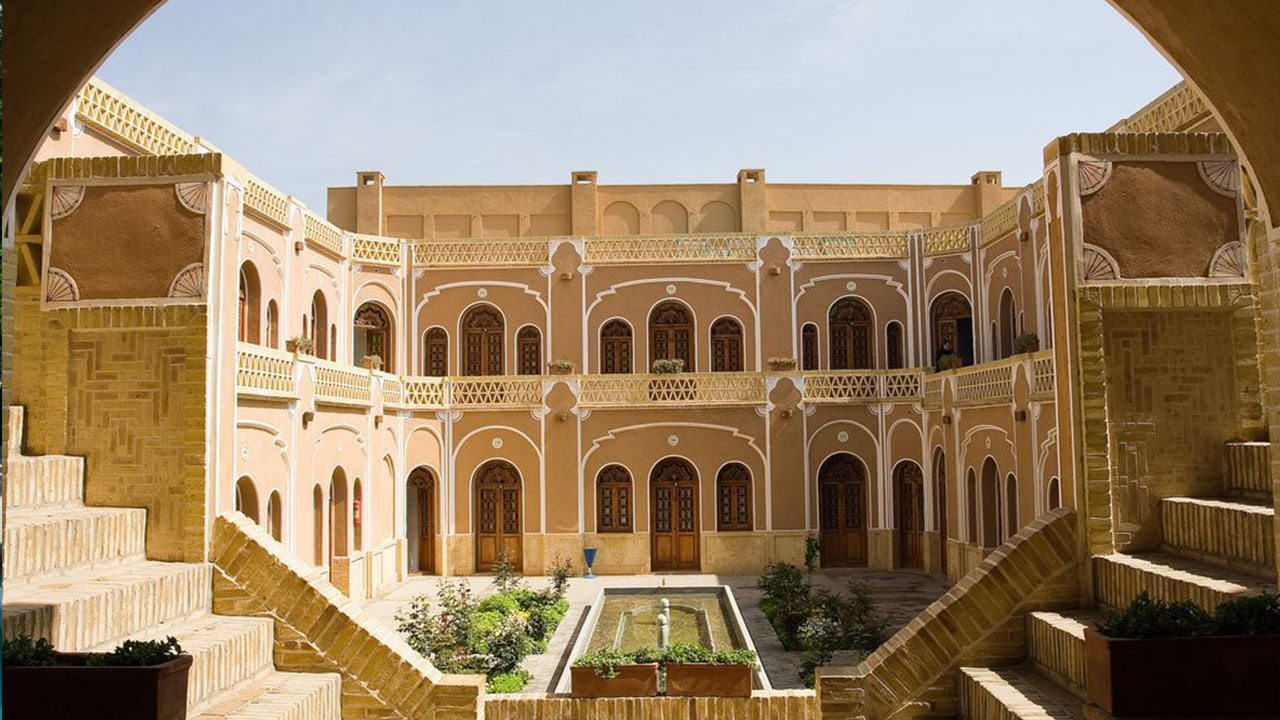 The garden is one of five Iranian gardens named in the UNESCO World Heritage List. The tall mansion of this garden has the world's tallest windmills and is architecturally valuable. This garden is one of the oldest Iranian gardens, which is 260 years old and in its 6.4-hectare area, there are signs of paradise in this place so as to take the viewer to another world. When you enter this garden you do not feel that you are in the desert city of Yazd and the smell of flowers and plants will overwhelm you. 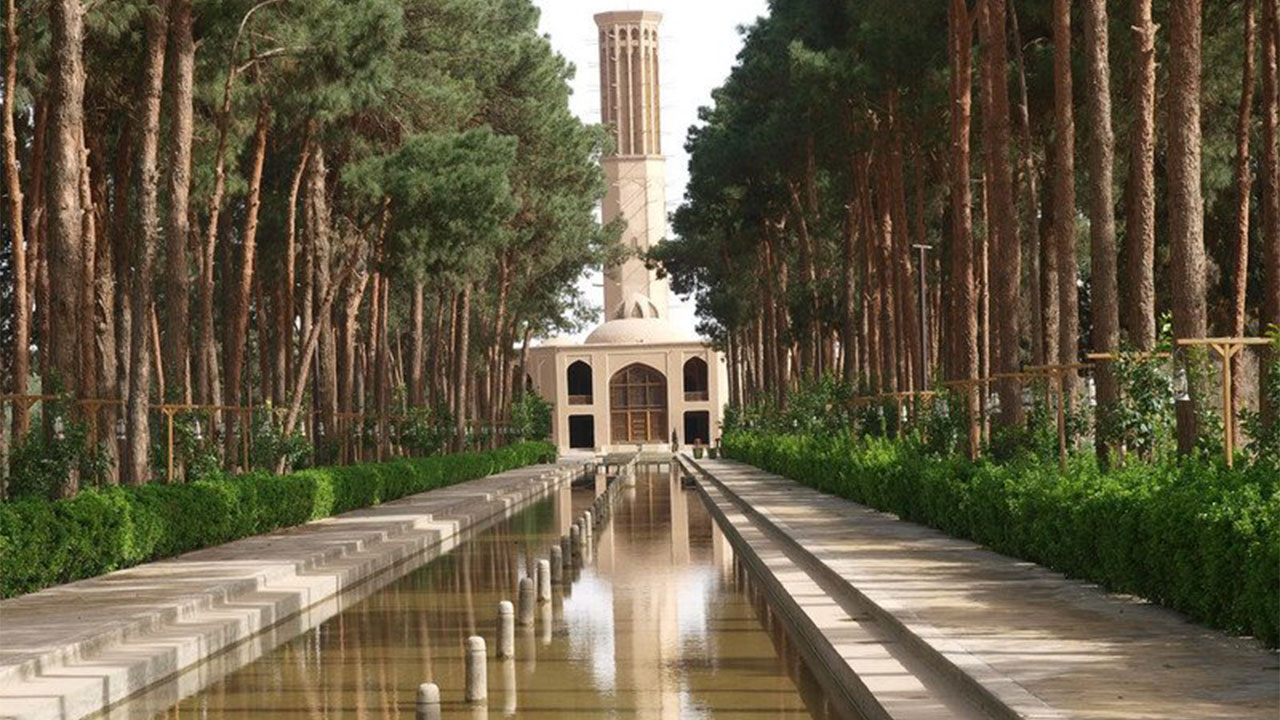 As mentioned above, Yazd is also known as the Windmill City. The tallest windmill in the world is located in the Yazd city of Dolatabad, one of the must-see sights of Yazd. 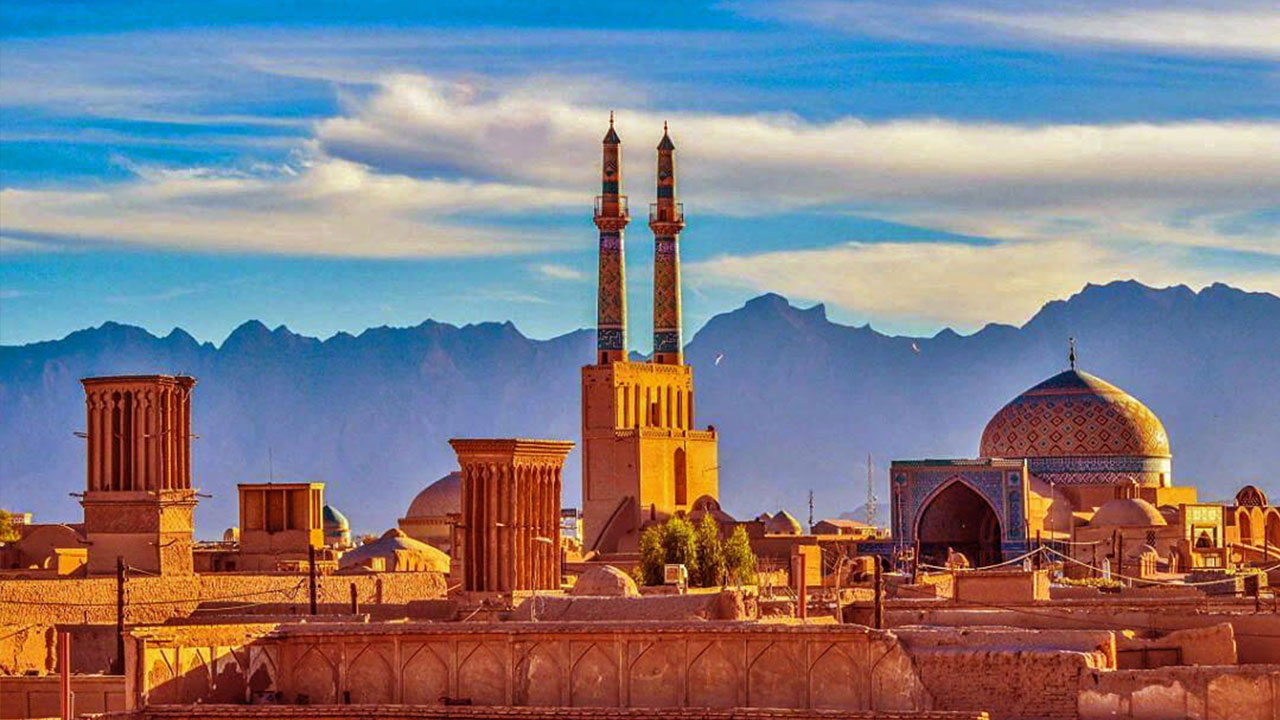 Another attraction of Yazd is Times Square. This square is one of the oldest watch towers of Iran and the world and is the first urban clock in Iran. The clock tower dates back to Qajar times, and arches, brick ornaments, and tiled ceilings give it a distinctive look. This watchtower was built by Abu Bakr, one of Yazdi's skilled watchmakers, and is today regarded as one of Iran's most valuable attractions. This time is registered in the list of National Monuments of Iran in 1999. 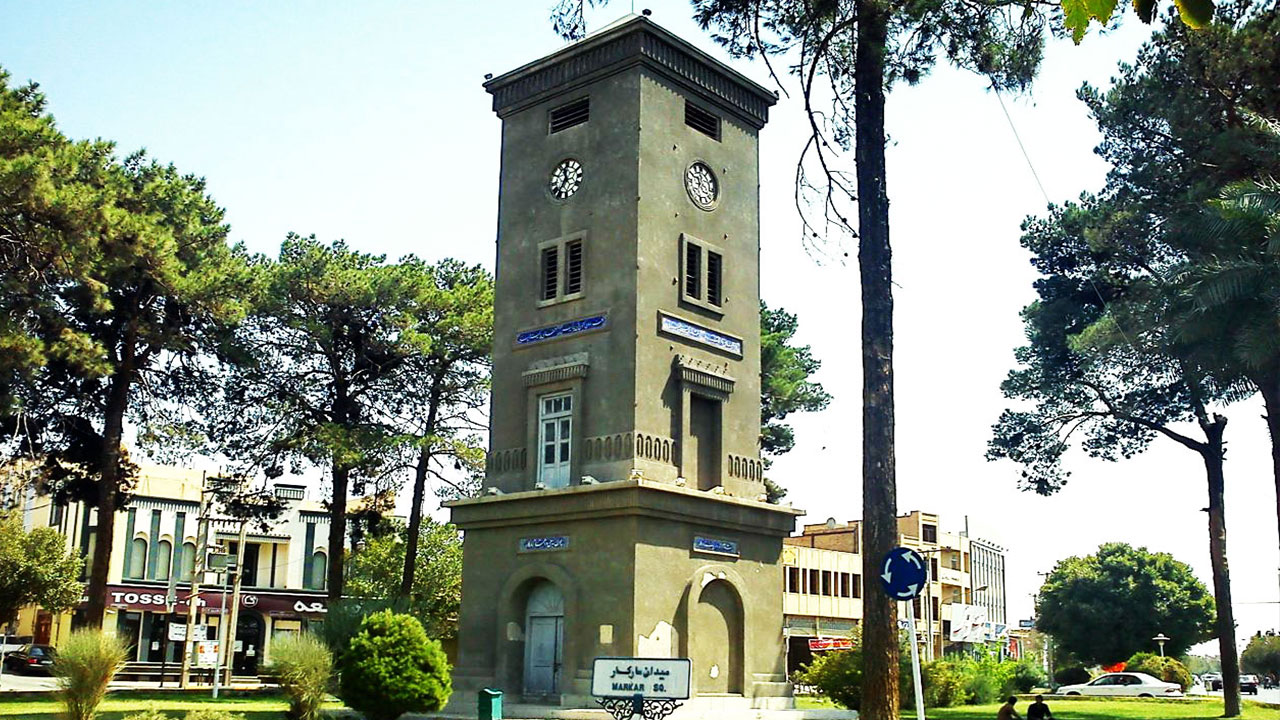 Another house, dating back about 120 years, was owned by Haji Ali Akbar Shirazi, a trader in Yazd. He was given the nickname Malik al-Tojjar for his good work by Nasser al-Din Shah, and his descendants lived in the Emirate for four generations. It consists of numerous rooms each with its own features. On the walls and ceilings of most of the rooms, there are spectacular paintings by the artists of Shirazi that have been drawing for over 10 years. Today, it is used as a place of residence for tourists and is the world's first adobe hotel. 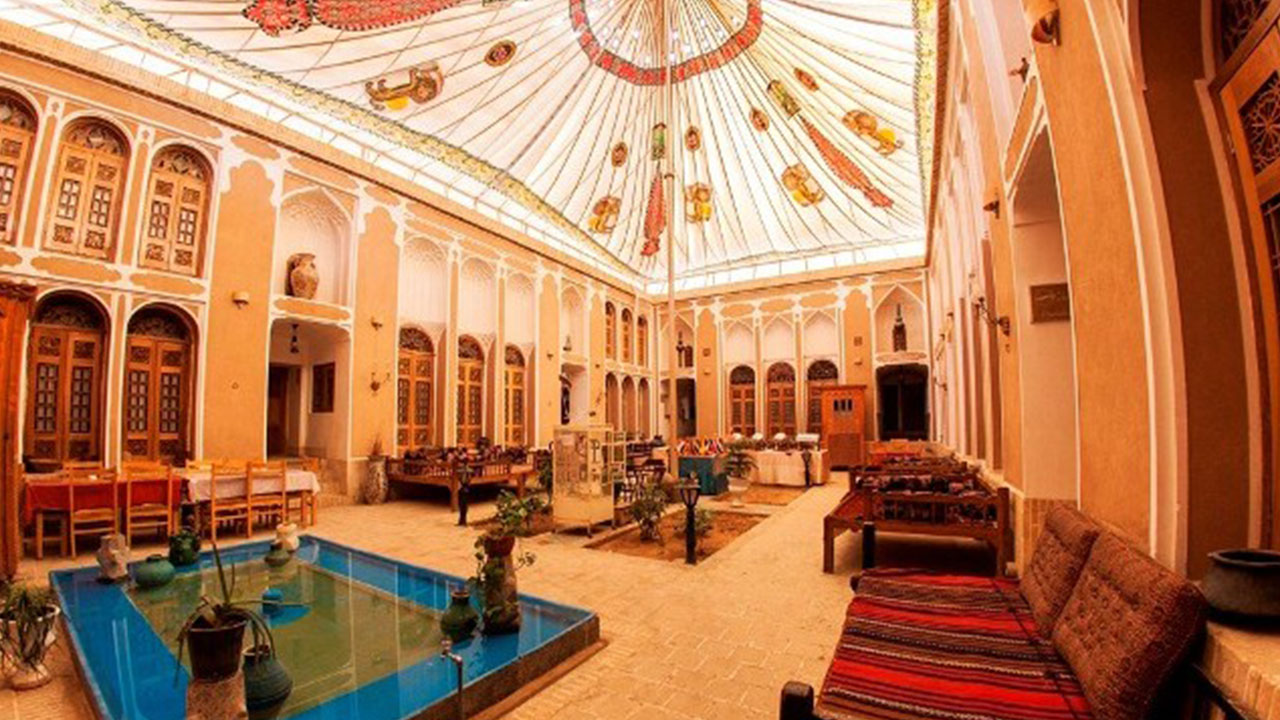 Another unique collection that is on Yazd's list of attractions is the Yazd Bazaar and Bath, which is a beautiful and old collection of Khan and Hosseinieh Bazaar and adjacent water storage and bath. Construction of this eye-catching complex in Yazd goes back to the time of Nasser al-Din Shah, and the Khan bazaar is known as the longest and widest bazaar in Yazd, and the materials used are clay and flowers. This valuable collection has been listed in the Iranian National Monuments List in 2003. 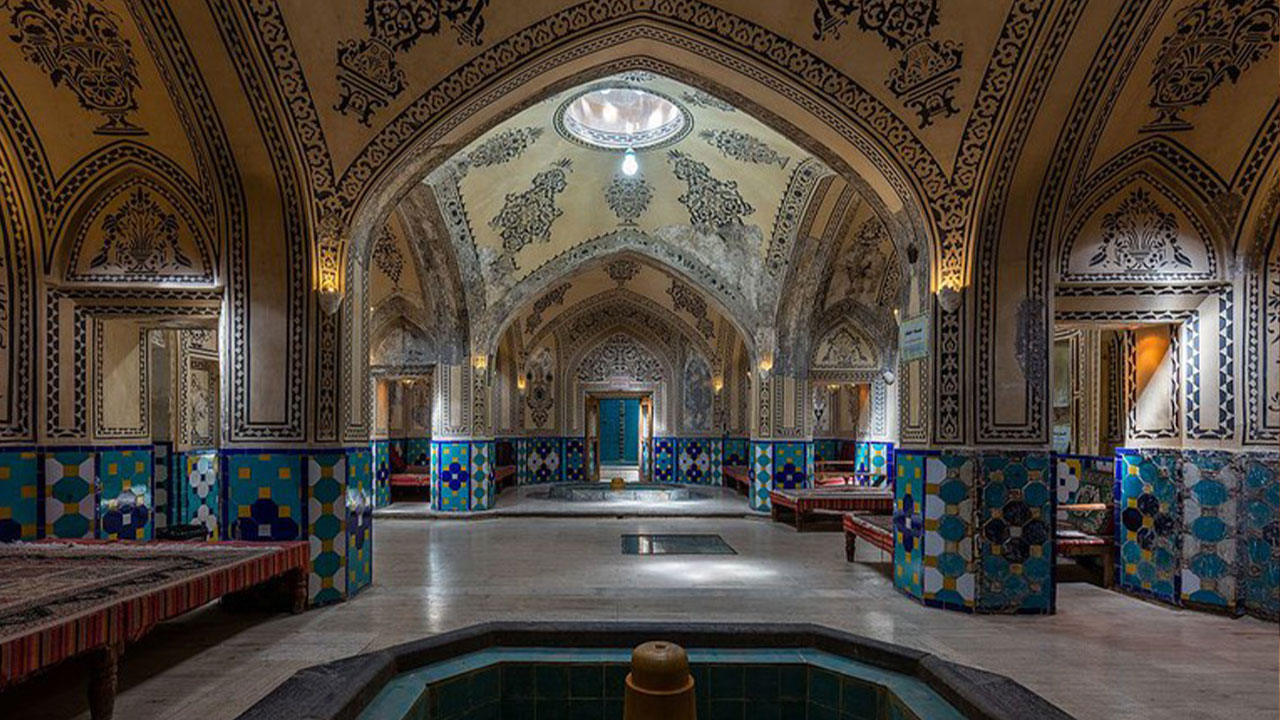