How to protect the elderly against coronavirus?

What is Multiple Sclerosis (MS)? 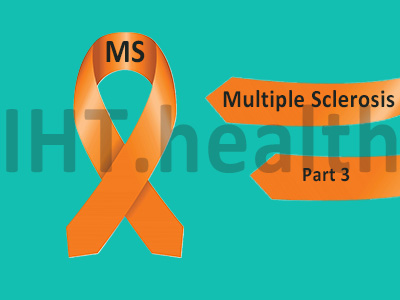 What is Multiple Sclerosis (MS)?

Multiple sclerosis is a debilitating disease that affects the brain and spinal cord and causes loss of control, vision, balance, and numbness.

In MS which is called an autoimmune disease, the nerves in the brain and spinal cord are mistakenly damaged by the body’s immune system.

In MS, the immune system begins to attack the brain and spinal cord, two of the most important components that control the central nervous system, causing communication problems between the brain and the rest of the body.

Eventually, the disease can destroy or permanently damage the nerves.

The signs and symptoms of MS may vary from person to person during the course of the illness, depending on the location of the nerve damage.

Memory impairment, inability to concentrate, speech, and language problems are common disorders as a result of the progression of MS, although they can often be the first symptoms of MS.

In patients with severe MS, sexual dysfunction is considered one of the most common disorders.

This condition, which is often an unavoidable complication, is often considered a symptom of MS.

In fact, this imbalance in movement control usually affects a person as the disease progresses and nerve cells are destroyed.

That’s why many people with MS need a cane to walk.

Visual disturbances are caused by an attack of MS on the nervous system and affect the optic nerve and are one of the symptoms of MS. 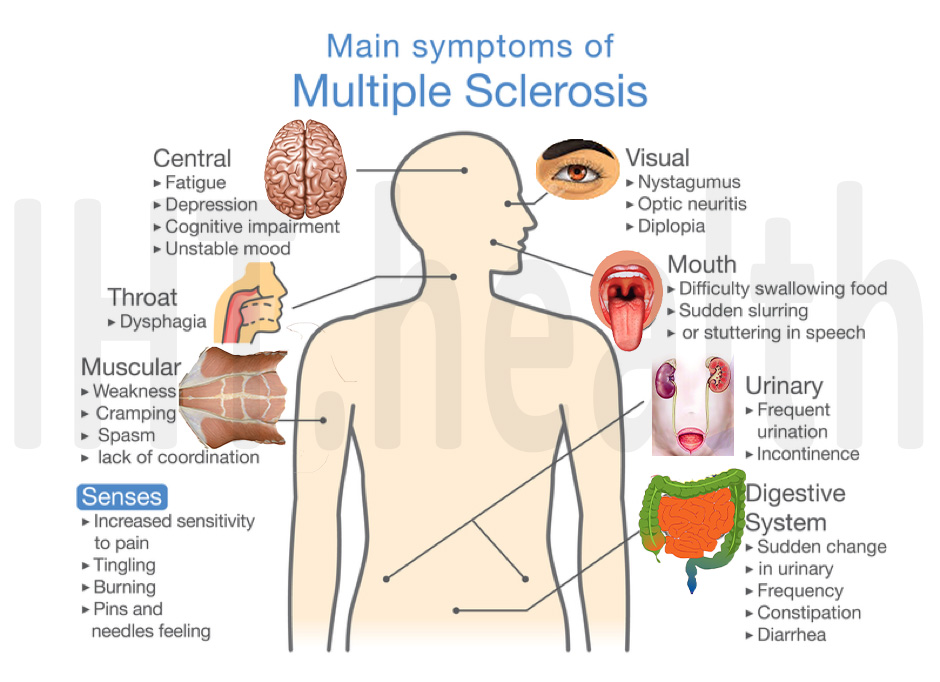 Persistent numbness and tingling, which usually affect the face, hands, and feet, are symptoms of MS caused by nerve damage and destruction of cells in the brain and spinal cord.

But this seems strange to someone who has not yet contracted the disease or is experiencing it for the first time.

Legs are the most common part of the body for this complication.

Seizures and muscle cramps are one of the most annoying symptoms of MS.

These spasms are usually very painful, occur in the extremities of the body such as arms and legs, and resolve after a few minutes.

Urinary and fecal incontinence is not uncommon in MS. Approximately 80% of patients with MS have difficulty controlling their urine and feces.

These people often suffer from a feeling of frequent and sudden urination.

Another annoying problem in these people is persistent diarrhea and difficulty in controlling bowel movements.

In addition to physical injury, many people with MS have a common sense of depression, irritability, and mood swings.

Most people with Multiple Sclerosis (MS) have a recurrent illness.

They experience new symptoms or recurrences of the disease that occur within a few days or weeks and usually improve partially or completely.

These consequences are due to the incubation period of the disease, which can last for months or even years.

Small increases in body temperature can temporarily worsen the symptoms of MS.

About 60 to 70 percent of people with MS experience a persistent progression of the disease, called secondary MS.

Worsening of the symptoms of MS usually involves movement problems and walking.

The rate of disease progression is higher in people with secondary MS.

When should I see a doctor?

If you have any of the symptoms of MS mentioned above and have a family history of the disease, be sure to see a neurologist for symptoms and diagnosis.

There is a wide range of different medications that can reduce the severity and recurrence of MS symptoms.

Also, some types of medications can slow the progression of the disease.

Other medications can shorten the onset of the disease and improve the symptoms of MS and its problems, such as pain, urinary problems, and muscle dryness.

No votes yet.
Please wait...