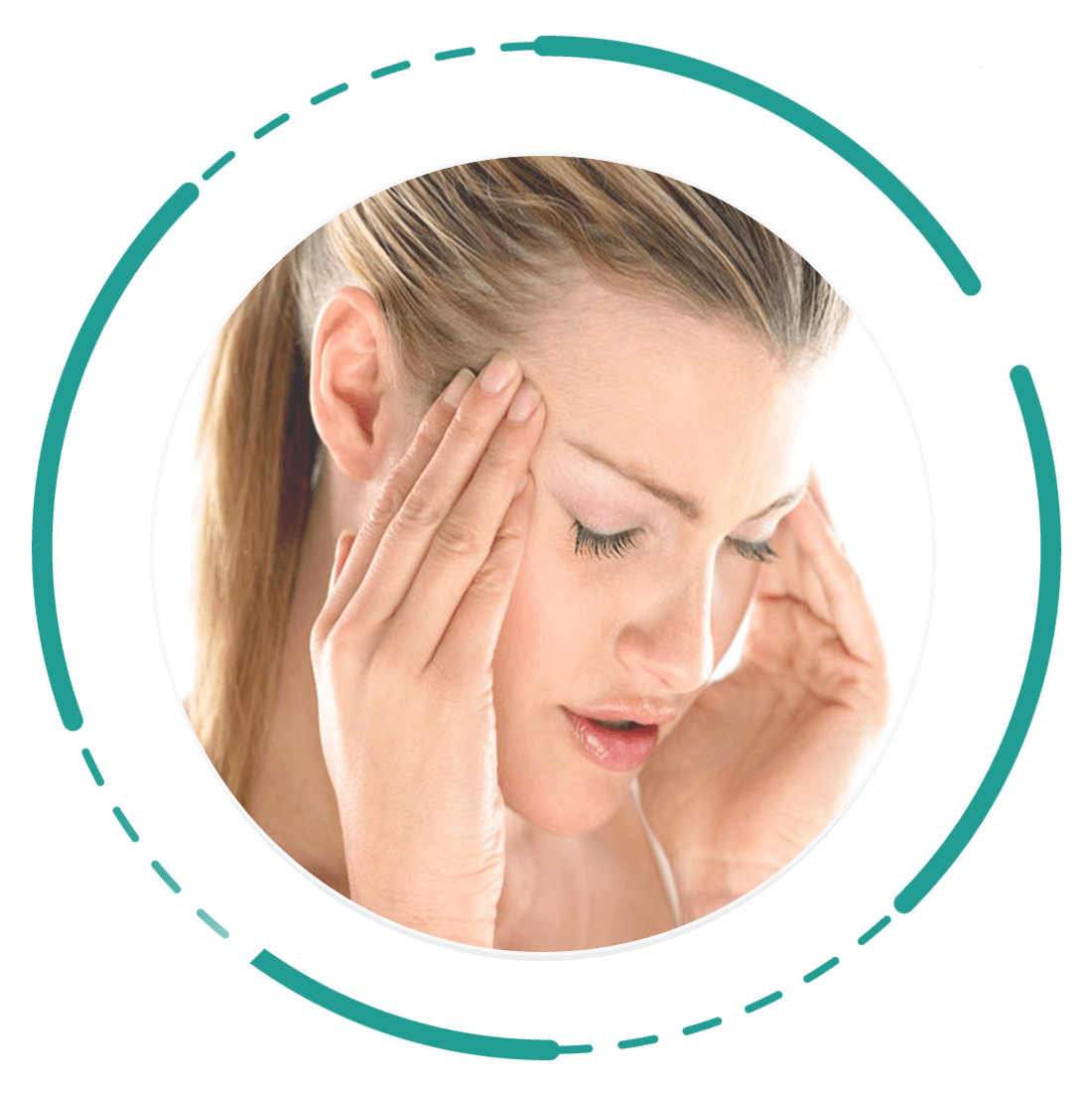 Cochlear implants
It is a small electronic device that partially restores the hearing. It can be a medical option, for people who have deep or profound hearing loss due to internal hearing loss and have limited hearing aids.
Unlike hearing aids that amplify sound, a cochlear implant bypasses the damaged parts of the ear to deliver the acoustic signal to the auditory nerve. Cochlear implants can help provide a sense of sound in deaf people. It consists of an outer part (the sound processor) behind the ear and another part under the skin. It takes time and training to learn and interpret the signals from cochlear implants. Within a year of using this device, most people with cochlear implants have seen significant improvement in speech comprehension. Cochlear implantation (bilateral) is increasingly accepted as the standard treatment for severe to profound and profound hearing loss, especially for infants and children who are at the stage of speech and language learning. Adults and children who have lost their hearing after learning speech and language can also use cochlear implants.
Chronic otitis media (COM)
Long-term infection of the middle ear that usually lasts more than six months is called chronic otitis media.
Some of the risk factors that cause COM in children are:
Otitis Media occurs following upper respiratory tract viral infection, upper respiratory tract viral infection disrupts Eustachian tubes, and infection progresses through the Eustachian tube to the middle ear and causes middle ear inflammation. If the middle ear infection persists, the eardrum will not be repaired and closed, resulting in chronic middle ear infection.
Treatment of otitis media
Topical antibiotic drops are prescribed to treat this infection, but Cholesteatoma is treated by surgery. The purpose of this surgery is to maintain as much hearing as possible and to get the ear self-regulating and healthy.
Ear tumors
Ear tumors Tumors in the ear Acoustic neuroma (auditory nerve tumor) It is a benign tumor and is found in the nerve that connects the ear to the brain. The auditory nerve tumor grows slowly, but because of its proximity to tissues such as the brainstem, it is potentially an invasive and problematic tumor. Acoustic neuroma particularly affects people between the ages of 30 and 60, but its genetic variants are also seen in children and adolescents. Tinnitus is one of the main symptoms of this tumor. There are other types of tumors in the area that, due to the full nature of their vessels, can develop into pulsatile tinnitus (heartbeat in the ear), headache and dizziness and even facial nerve palsy.
Oropharyngeal cancer surgery
Oropharyngeal cancer: Affects the oropharynx. The oropharynx is the part of the throat behind the mouth. Tonsils are located at this location. Factors that may increase your risk of throat cancer include:


associated with the removal of primary tumors and resection of the neck lymph nodes. Surgery alone may be a treatment for early-stage disease or surgery may be used in combination with radiation therapy, chemotherapy, and immunotherapy / biotherapy.

Laryngeal surgery (laryngectomy)
It is a surgery in which a person's larynx is removed. The larynx is the part of the neck that is the location of the vocal cords that produce sound. It connects the larynx, nose and mouth to the lungs. The larynx also protects our respiratory system by transmitting the food we eat to the esophagus and preventing it from entering the lungs.
Read More
Thyroidectomy and para thyroidectomy
Thyroidectomy is used to treat thyroid diseases such as cancer, goiter and hyperthyroidism. The size of the part taken from the thyroid depends on the cause of the surgery. If only part of the gland is removed during surgery, thyroid function may return to normal after surgery, but if the entire gland is removed, the patient will need a daily drug replacement to compensate for thyroid hormone and normal function.

Parathyroid glands are four distinct oval glands in the posterior part of the thyroid gland that controls the serum level of calcium by secreting parathyroid hormone. These four glands are usually located in the upper and lower parts of the right and left thyroid lobes on the dorsal surface. These hormones produce parathyroid hormone. This hormone affects the bones, intestines, and kidneys and helps keep blood calcium levels within normal range. Parathyroid gland disorders are mainly due to excess or low production of this hormone, one of the treatments for these disorders is the removal of parathyroid glands.
Endoscopic resection of skull base tumor
This type of surgery is done completely through the endoscope. All surgical instruments enter the body through a narrow endoscope tube and are operated by a surgeon guided out of the body. The surgery is performed using an advanced microscope to observe the operation area and apply microsurgery techniques. During surgery, an endoscope enters the surgical area to view structures that are not accessible through a microscope and displays images displayed on the monitor. The technique can be used in aneurysm surgery, skull-based surgery, and brain tumor resection.
Functional Endoscopic Sinus Surgery (FESS)
sinusitis is a sinus infection with an infectious cause that manifests itself with headache, pressure on the eyes, nose, cheek area, or any part of the head. A patient with a sinus infection may present with cough, fever and bad breath.
Read More
Adenotonsillectomy
Tonsillectomy is the name of a type of nasal-pharyngeal surgery in which tonsils are removed. The surgery has been around for 300 years, traditionally by removing two tonsils on the side of the throat. This is done in response to recurrent tonsillitis, obstructive sleep apnea surgery, airway obstruction, or tonsillar abscess. A third tonsillectomy is also performed in children, called adenoidectomy, and called Adenotonsillectomy if removed. Tonsillectomy is used when the patient has a history of recurrent tonsillitis. The frequency of inflammation should be more than three times a year. One-time inflammation or tonsillitis infection is not enough to perform this surgery.
Rhinoplasty
One of the most common cosmetic surgeries today is rhinoplasty, also called nose plastic surgery. Many people perform rhinoplasty to fix their nasal problems. The word rhinoplasty itself consists of two words: the first part means the nose and the second part means forming the nose.
Nasal Cosmetic Surgery is one of the most sought after surgeries in our country and people perform it to increase their self-esteem.
This is usually referred to as surgery in which the surgeon removes part of the cartilage or adds tissue from other organs. This is how the While, maintaining the person's natural respiratory function, surgeon tries; bring beauty and attraction to the person's face and satisfy the person with surgery.
Sleep apnea surgery
It is a disorder caused by multiple factors that block the airway during nighttime sleep. This disorder deprives the person and his / her surroundings of a comfortable sleep. And with the exacerbation of the disorder, it can cause heart disease and even a heart attack. The doctor will first evaluate a person’s symptoms and history of sleep to diagnose and then treat sleep apnea.
Read More
Endoscopic dacryocystorhinostomy (DCR)
This surgery is a way to improve tear discharge by creating a new lacrimal duct in the nose and bypassing the obstruction that exists. This is usually done under anesthesia (and without hospitalization).
Read More
Septoplasty
Septoplasty, or remodeling of the blade, or correction of deviation of the nasal septum, is the name of corrective surgery in which the nasal septum is placed in the middle of the nose between the two nasal cavities. The nasal blade should be in the center of the nose in equilibrium. When the nasal blade deflects, it occupies the space on the other side of the nasal cavity that tilts toward it and blocks the air passage. In this case, the adjacent cavity is often dilated.M
The surgical procedure
Because the deflection in the nose is due to excess cartilage, some additional cartilage must be removed in this surgery. Under general anesthesia, the surgeon makes incisions from the nostrils to the cartilage to reach the cartilage and the extra cartilage
Rating: 5.00/5. From 21 votes. Show votes.
Please wait...