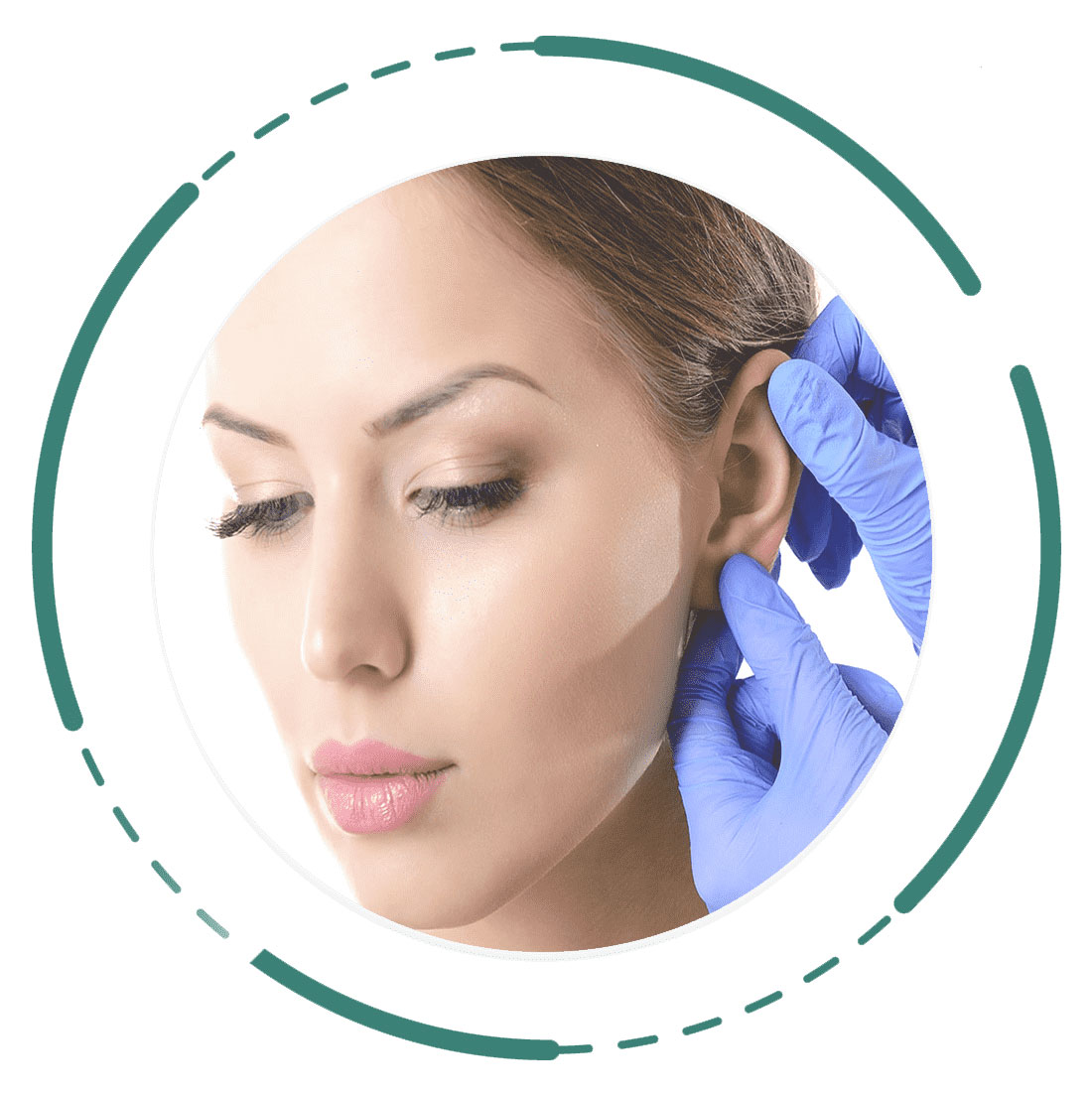 Otoplasty or ear cosmetic surgery is a technique in which the size and form of the pinna (external ear) are changed. The outcomes of the cosmetic surgery for changing the form or deformities of the pinna are largely dependent on the desired changes. However, these methods generally increase the self-confidence and correct and fix the big ear problem, especially in children and adolescents. There are many people who suffer from some congenital disorders due to some genetic mutations. Some of these disorders may affect the appearance of the individual, including the ears. Otoplasty can treat and eliminate many of these disorders, which results will also appear in the shortest possible time. Some types of ear disorders are as follows: This surgery is performed with local anesthesia or general anesthesia. This will be discussed with the patient before the operation. The surgical cuts are made based on the actions that are supposed to be done on the ears. The methodology used is entirely dependent to the surgeon since he has reviewed all the surgical factors prior to the surgery. However, in this surgery, the incisions are usually done in the back of the ear; if any incision is required in the front of the ear, it will be in the ear folds to be hidden after the surgery. After separating the skin from the cartilage below, the surgeon has access to the ear’s cartilages and can take the necessary measures on the ear. If the abnormalities of the ear are in the amount and thickness of the cartilages, the surgeon will remove some of them as much as necessary to correct the ear to a normal state. If there is no need to remove cartilage or extra skin, with the permanent stitches, the surgeon turns the cartilage form to a normal state and eliminates the prominence in the front view. The ear pain resulting from the ear surgery is usually controlled with painkillers.

For more information about facial cosmetic procedures, give us a call or contact us online.
Rating: 4.92/5. From 12 votes. Show votes.
Please wait...