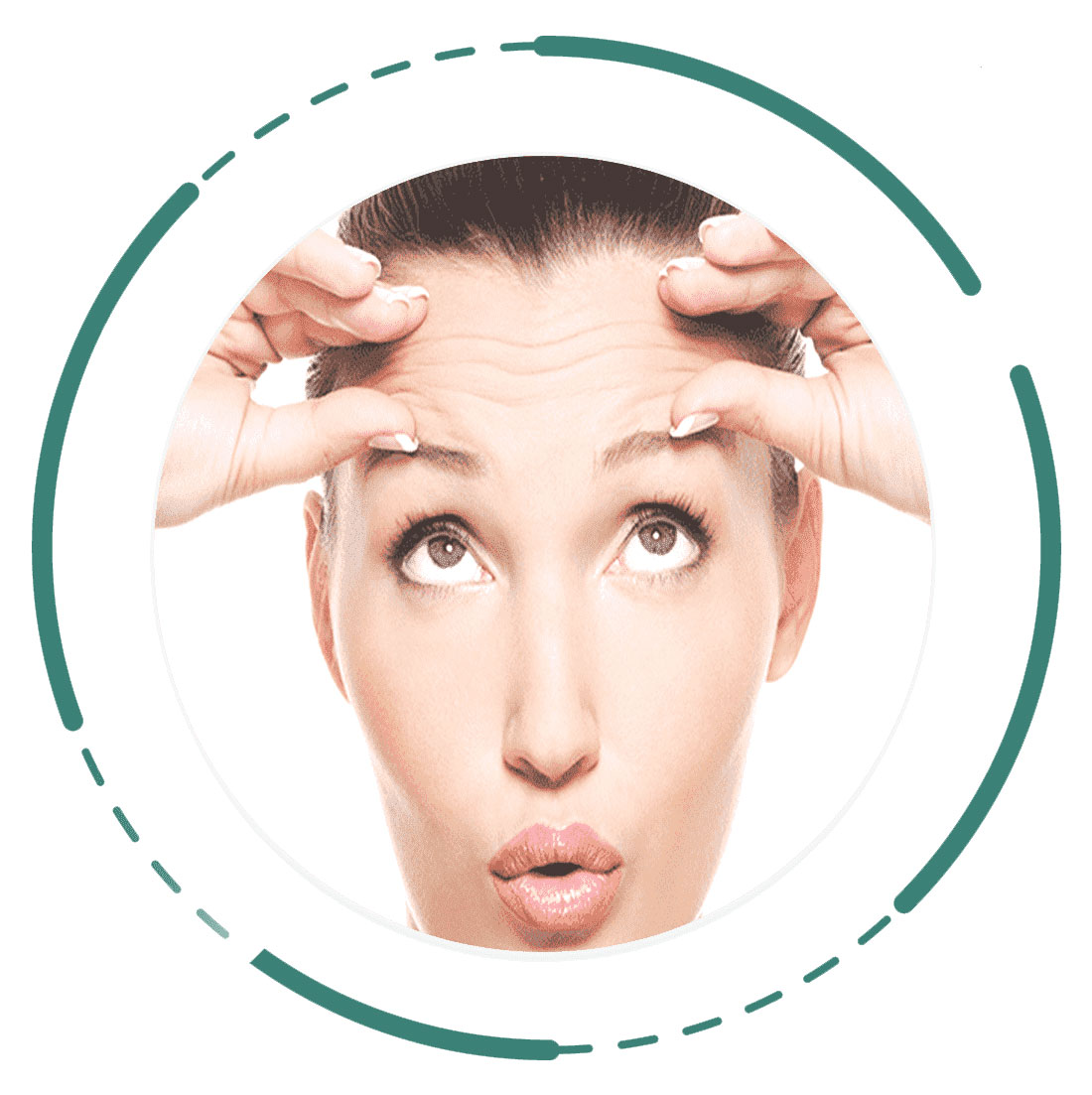 In plastic surgery, the forehead lift is the most common method to overcome deep wrinkles on the forehead. This surgery is performed for both women and for men who are eager to have a young look and appearance. This method primarily lifts the forehead skin and then elevates the brows. Therefore, it overcomes even the deep lines of the forehead caused by stress. The forehead lift is different from a brow lift. In the forehead lift, the entire forehead is lifted and only the brows are not merely lifted. There are two different methods to perform the forehead lift. The best and fittest surgical procedure for you is assessed by you and your surgeon at the first consultation session. In the first method, the surgeon performs a long incision along the hairline, and in some cases, slightly higher than the hairline. After the surgeon opens the forehead skin from the incision to the brows, he/she may need to incise a section of the forehead muscle. The forehead skin is then pulled up toward the incision and tightened. The excess skin is also removed. In some cases, the extra skin is removed from the top of the eyelid (eyelid surgery or Blepharoplasty). It is then dressed for a few days. Your nurse will inform you about the exact duration of the dressing. This surgery is performed by using general anesthesia by sedation. However, local anesthesia and sedatives can be used for those who are worried about being anesthetized. In the second method, several small incisions are made on the hairline and the forehead lift is done by the keyhole surgical method. The technique used in laparoscopy leaves less visible scars since they are on the scalp not along the hairline. This method is highly beneficial for those with thinner hair. Except for the location and length of the incisions, this method does not differ from the previous one. This method is often used for men who have poorer hair growth as it causes smaller and more prudent scars. However, the first method guarantees a better view during the surgery by making incisions along the entire hairline and its effect is longer than laparoscopic surgery. This method can be performed under mild anesthesia or general anesthesia. Sometimes, it can be performed with a sedative and under local anesthesia. In the forehead lift, the postoperative dressing should remain for a few days. The first postoperative examination will be about one week after the surgery. During this session, the sutures are removed and the incisions recovery process is carefully checked and assessed.
For more information, contact us.
Rating: 5.00/5. From 11 votes. Show votes.
Please wait...