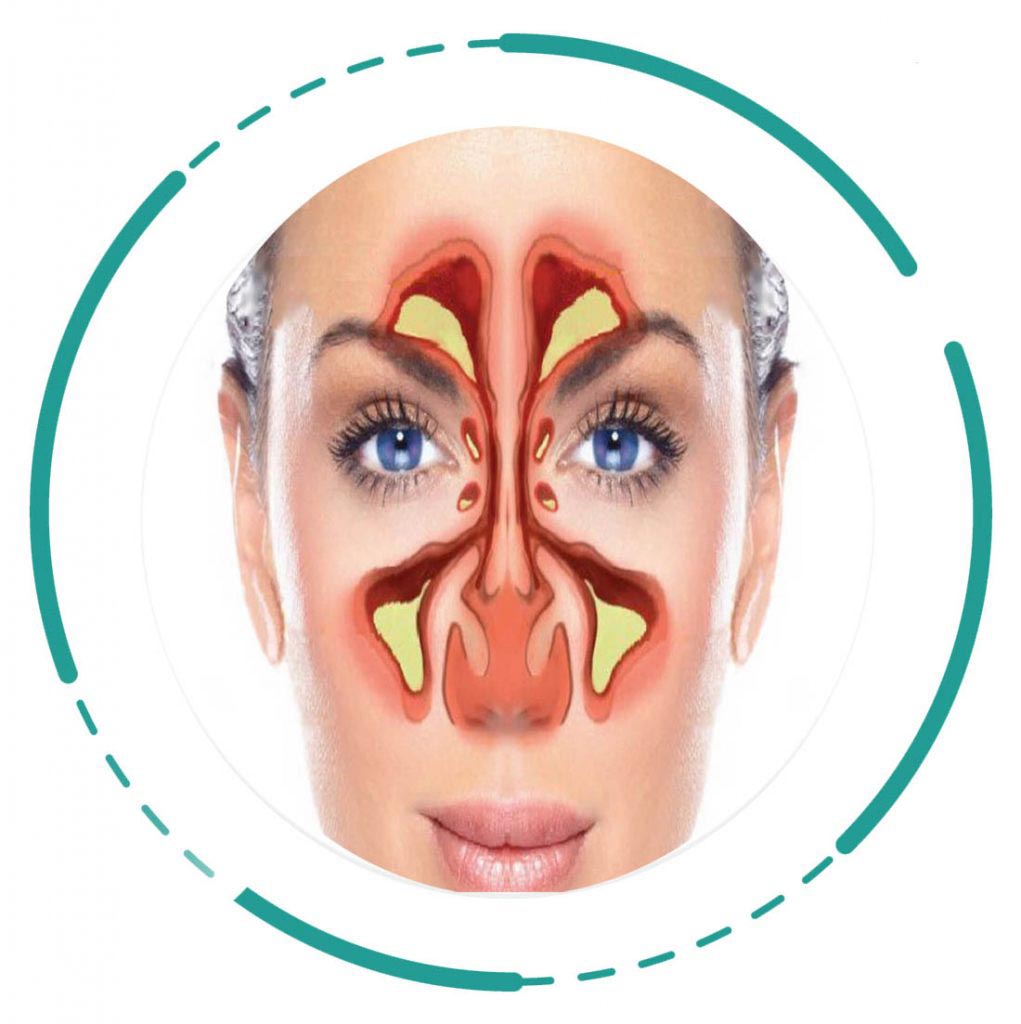 sinusitis is a sinus infection with an infectious cause that manifests itself with headache, pressure on the eyes, nose, cheek area, or any part of the head. A patient with a sinus infection may present with cough, fever and bad breath.
Sinus infections are classified into two major categories

Anatomy of the sinuses
The human body has two pairs of respiratory sinuses, which have the role of warming and moisturizing the respiratory air with the weight of the skull being lightened. In addition, it is also bumpy as well as kicks. Other functions of the sinuses are to influence sound quality.
Sinusitis Treatment
It is recommended to treat all bacterial sinusitis because of the potential for complications.
General treatment in the treatment of sinusitis
The treatment is based on reducing swelling, eradicating the infection, draining discharge and leaving a crater open to keep the sinuses open.
Surgical treatment of sinusitis
The treatment is based on opening the closed sinuses, removing irreversible tissue and removing the infection. The result is, the ability to enter medicines into the sinuses and the ability to change inflamed mucous to normal mucus.
Sinus surgery is called FESS (Functional Endoscopic Sinus Surgery). This is done through the endoscope (a device that allows viewing through the sinuses). The new surgical procedure removes the disease without an incision on the face.
For more information, please feel free to contact us.
Rating: 5.00/5. From 2 votes. Show votes.
Please wait...